Iphone - The user is always right

After some amazing designer time and some scrambling to get all the UI changes in we got to let a bunch of people play with the app on actual devices, the feed back was awesome! As in extremely useful awesome.

Here's a few of the fun things we discovered we had to get right:

1. If the app does not respond to user touch as expected by the user, there will be confusion!

One of our views had editable text fields. Tapping a field would bring up the key pad but there was no cursor indicating that the specific text field was selected and typing would allow you to enter a value.

The funny thing is that if you had started typing you would see the values being entered, and it would work, but the lack of a prompt from the text field was enough to cause confusion. Needless to say this important issue has been fixed.

2. Very detailed views will be expected to be zoom-able.

Several of our views contain graphs, these occupy about half the full screen size. These graphs contained points and grids and axes so users would automatically try to zoom into them. Unfortunately, we had not yet put this functionality in. Currently this is a to do item on our list, but it is obvious that our users will expect this functionality, and will be disappointed if its not there.

If a user entered an invalid value, we were displaying pop-up warning messages that would tell you the valid range to use. Almost everyone who tried out the app and got a warning message automatically hated the message. Somehow it would create frustration, even when we thought we were being helpful. I guess the pop-up warnings make a user feel like they've done something really wrong and its broken while all they want is for the d#$# thing to work! We have replaced this with the more user friendly way of indicating invalid values, where a tiny red message is displayed under the text field.

4. Saving should succeed even when not all fields are complete.

If in the users mind, the information they are filling doesn't all need to be specified, then saving should work as long as some required fields have values. This allows the user to enter in the information they have in the moment and still continue using the app, and fill the rest later. Not being able to save what they have entered already discourages them from continuing to use the app or even returning to it later. So be very careful about what and how many fields are marked as required fields.

While users didn't try or expect this with all our views, there did seem to be an expectation for the app to support this on the graph views. They expected the graph to be zoomed in and centered on device orientation change with all other elements not getting screen space. Returning to the original orientation should then return the user to the screen with the smaller graph and the rest of the view elements. Again a to do item which would be cool to have.

Well, now we all know when making other apps of some expectations and behaviors to keep in mind to ensure a wonderful user experience!
Posted by Ayesha Khan at 12:31 PM No comments: 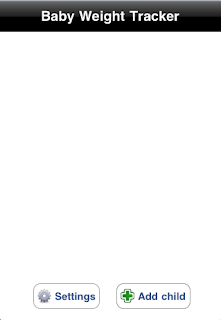 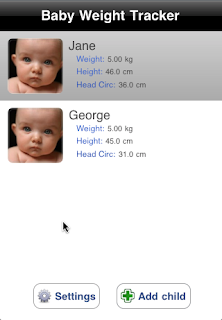 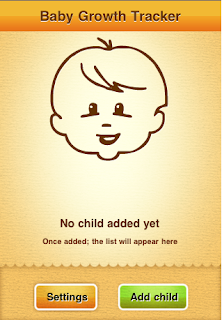 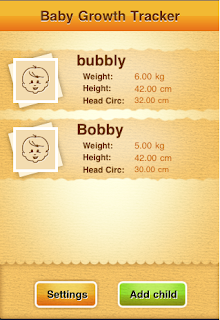 This will set the cell's regular color. Now for selected cell color use the table's didSelectRowAtIndexPath, and for the selected row set the cell's background to a different color using the same code as above. Remember to set all the other cells back to regular cell color, and for each cell in the interface builder set the Selection property to none.
Posted by Ayesha Khan at 10:05 AM 2 comments: